SOUND.COM, the leading provider of sound reinforcement and turnkey audio solutions, was chosen as the sound rental partner at the 8th edition of Sunburn (December 27th – 29th) 2014 at Vagator Beach, Goa.

Sunburn Goa, over the years has gained immense popularity as Asia’s largest Electronic Music Festival. The festival also known as ‘one of the wonders of the clubbing world’ is a property of Percept, an Entertainment, Media and Communications company and features multiple stages with artists playing simultaneously.

“For Sunburn, the year 2013 was all about re-inventing the brand and as far as audio experience goes, there was no other choice but SOUND.COM.” explained Emran Khan, Production Director, Sunburn. “It was the year we launched the Mega stage concept at Sunburn Goa, and designed a 130 ft wide stage. Sound designing for this stage was very crucial as we had to place the main PA at 30 ft distance either side, from the center. We definitely did not want to use scaffolding to rig the sound- for maintaining the design. After a lot of thought and discussions, we came up with the idea of flying the sound using 2 heavy weight cranes. It was an expensive decision but was required to match the creativity of the stage look; and also to achieve audio design most apt for the kind of terrain, and number of people who gather during the headliners. Warren and the SOUND.COM team gave us the perfect audio rigging and design solution.” he added.

Catering to thousands of attendees from across the world, the highlight of the 2014 edition was the live feed of the festival that was available to millions, online. Another first was that the festival was also extended for an additional day, beyond the scheduled three days. This was called a 'Sunburn Surprise', and the audience were again treated to some pulsating sets by world leading - DJs Dimitri Vegas & Like Mike, with Anish Sood, Lost Stories, Shaan, Makasi and others. The venue also offered a host of other activities like stunt-biking, zorbing, volleyball and bungee jumping providing for a 360- degree sonic experience.

According to Vinay Agarwal, Technical Head, Sunburn, “Working with SOUND.COM at Asia’s biggest EDM Festival, Sunburn 2014, has been a fantastic experience. Now in its eight edition, the festival has scaled another huge step sonically and SOUND.COM has been instrumental in ensuring that. With such an amazing line-up of artists and multiple stages, the top priority was to ensure no spill or clash between the stages, all of which was flawlessly executed and Warren personally managed the programming and angling of the systems.”

Over 200 feet wide, the biggest stage in Asia featured many headliners. The mega stage with a massive replica of ‘The Dancing God – Nataraja’ in the background was the highlight of the entire festival.

“The magnificence of the stage design at the Dance Temple Arena was slated to be second to none, and almost gave the most architecturally superior structures a complex. This year we had an all JBL VTX line array affair for a stage of this scale. I personally enjoyed integrating the sound system for this massive stage and was totally amazed by JBL G28’s ability to reproduce EDM low frequency like no other product in this country.” said Warren D’Souza, Founder & Managing Director, SOUND.COM.

The JBL G28 subwoofers that debuted at this festival has raised the bar in the low frequency emotion that was created for the festival punters. Having said that, this year the JBL VTX V20 occupied a prime spot at the delay and DJ monitoring positions. The JBL VTX S25 provided perfect companion to these systems.

Expressing his satisfaction on the performance of these new set of loudspeakers, he added “Not taking anything away from the JBL VTX V25 that has been receiving rave reviews everywhere we have successfully deployed this year, the surprise package is definitely the JBL VTX V20. Much to the amazement of engineers and aficionados who came up to the console to enquire about them. I can’t emphasise how amazing these boxes are. JBL has just raised the bar in mid-size line arrays with their superior coverage, compact size and tremendous power and headroom. Due to this, I am looking forward to deploying them as much as I can on the field. The quality of these cabinets are path breaking and my favourite JBL speaker currently.”

Elaborating on the requirements for the massive stage and the end result, Agarwal of Sunburn added, “Warren and his team were also able to make swift changes required on the Main stage during the last minute – be it adding more subs or accommodating additional requests, only to deliver the ultimate sound experience, befitting a music festival of international standards."

Echoing Agarwal’s sentiments, Khan said, “Sunburn 2014 was indeed the next level. The Mega stage was double in width! We had to work hard on the layout and angle of all the stages. It was a lot of effort but we managed to achieve ZERO spill-over. It was indeed the best sound of Sunburn, till date. Kudos to the SOUND.COM team for delivering over and over again. Looking forward to some great work and associations, in the near future. “

Cubezoid stage- This iconic stage provides a multi-sensory experience that combines world-class LED Lighting, with a high octane infusion of space and sound and evolves every year with variety of LED and lighting setups and state- of –the- art content. This year, the Cubezoid was based on hexagons and isometric cubes and was designed to immerse the viewer into virtual three dimensional space.

“Apart from the Mega Stage at Sunburn Goa, a popular stage and one that a lot of our fans look forward to is the Cubezoid stage. The sound design for this stage was particularly tricky because the stage position is such that a lot of our smaller stages are around it, yet the sound has to be powerful enough owing to the fact that it is our Second Main Stage. This year, thanks to Warren and the SOUND.COM team, I think we achieved perfection with our Sound design. The sound of the Cubezoid stage was controlled yet powerful; there was absolutely no bleed; and it literally felt like we were walking through “invisible walls” from stage to stage. As soon as the wall was crossed- the audio and impact of the particular stage took over.” said Shipra Venkatesh, Production Manager, Percept Live & Sunburn”. For Shipra, the experience of Sunburn Goa 2014 ranks high in the best audio designs achieved in the country. According to her, “We have scaled great heights this year and I am confident, it is only going to get better.”

Additionally, SOUND.COM also handled the sound reinforcement for few other themed stages at the festival namely – Techno Stage (this stage was outfitted with 24 JBL VT 4888, 16 JBL VT 4880 & 6 JBL VRX 932 LA). The other smaller stages include Live Stage, Bar Stage and the Artist Village.

Concluding on a successful note, D’Souza said, “Sunburn is the numero uno dance music festival arguably in the entire of Asia and every year one has to raise the standards and push the bar into producing a sound experience that is unparalleled. My overall experience at Sunburn has been extremely gratifying as not just the festival, but the entire year has been amazing- the gear, the team, it has been rock solid.” 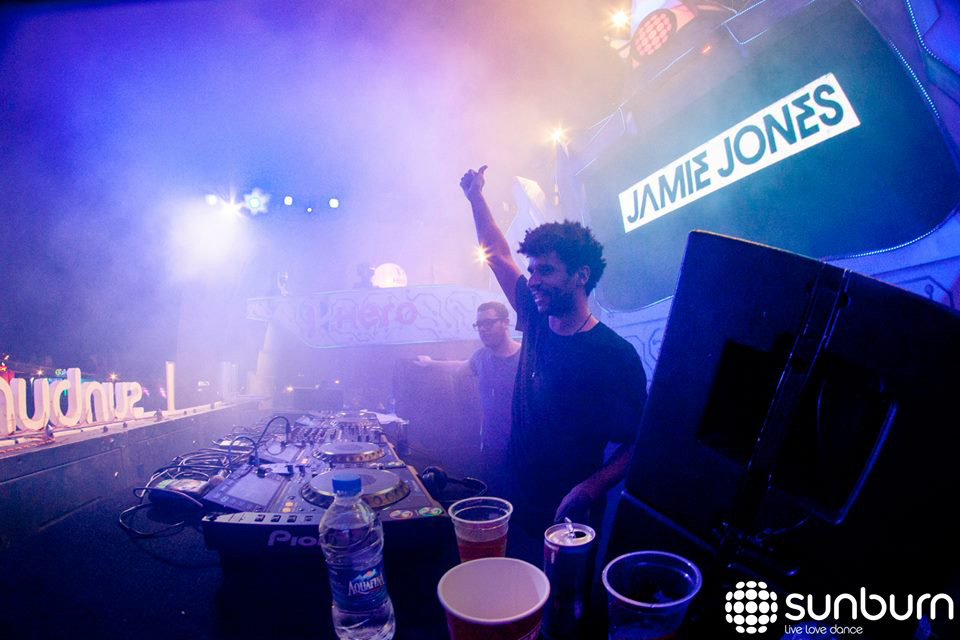